It being the 6th June (2012) where else would some 50 Brothers, Sisters and Guests assemble but at the D Day Lodge, in the Searle’s Club, to witness Bro Walter (Jesse) James ROH HM being presented with an award for achieving 50 years Membership of the RAOB.

Bro Walter, supported by a Sponsor from each of the three Lodges he currently retains compliancy in: the D Day, the Sir Harry Knapp and the Victory Lodges, was very ably presented with his award by Bro Michael (Gus) Hunnybun ROH, Deputy Provincial Grand Primo 2012 of the Gosport Province.

On completion of the ceremony a convivial social evening, buffet & raffle was enjoyed by all. 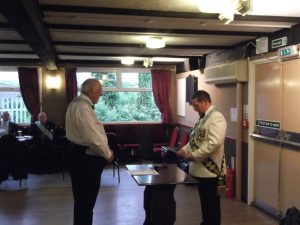 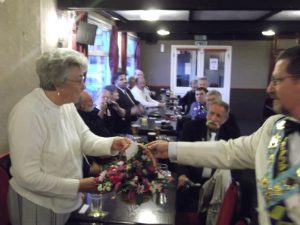 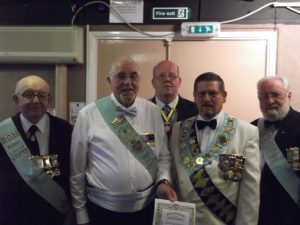